In an era today where hip-hop, country, and fluffy pop songs seem to dominate the media’s attention, let’s not forget that there are still millions out there who love their classic rock from the seventies and eighties. Maybe you’re even one of them. If so, then Goodnight, L.A. is for you. It’s the never-before-told, behind-the-scenes story about the creation of hit record after hit record that came out of the epicenter of  it all, Los Angeles. Back when artists such as the Eagles, Tom Petty & the Heartbreakers, Fleetwood Mac, Warren Zevon, Chicago, REO Speedwagon, Loggins and Messina, and so many more willingly sacrificed everything in the hopes of somehow carving out a career in the music business.

What my first book, The Wrecking Crew, was to AM radio, 45-RPM singles and pop, Goodnight, L.A. is to FM radio, vinyl albums and rock. In particular, the countless interviews I conducted with music stars, record producers, studio engineers and others who were all there during the heyday has provided Goodnight, L.A. with a rare measure of depth and authenticity. At least I think so. And hopefully you will, too. If you end up enjoying Goodnight, L.A. even half as much as I did while researching and writing it, then I will have done my job. Though sad, it is no exaggeration to say that we will never see the likes of this music or the caliber of these performers again. But, man, it sure was great while it lasted!

While doing some research for a book I have in the pipeline, I came across this classic bit from George Carlin. It’s as funny now as it was in 1972 when George first blew people’s minds with it. Listen and prepare to laugh (but if profanity offends, then this definitely won’t be for you). 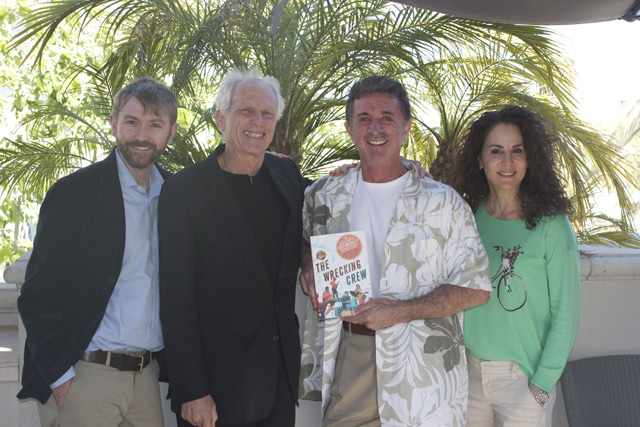 Here we have two illustrious members of the Wrecking Crew: Michel Rubini holding my book and the other fellow in all black is Don Peake. Flanking the two are Dede Harris and David Carpenter, the producers of the upcoming musical of The Wrecking Crew. 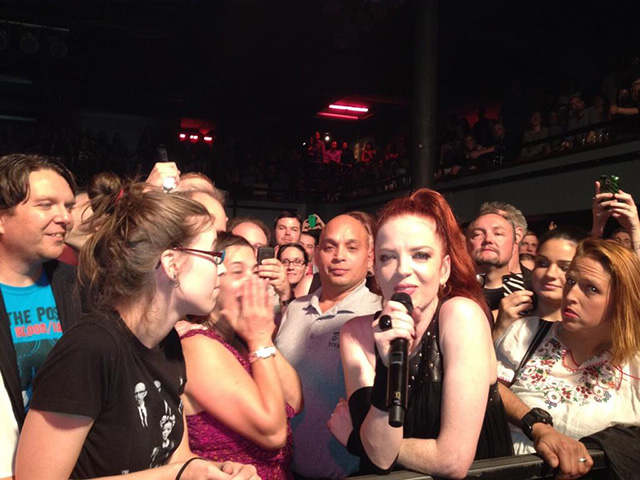 Here’s Shirley Manson, the dazzling, charismatic lead singer of the band Garbage,  in September of 2012 at the Roseland Theatre in Portland. Garbage used to be one of my music biz clients back in the day and they invited me for a visit in their dressing room before the show.

As you may know from checking out the back flap of my book, Shirley was kind enough to write a blurb for me. Take it from me, they simply don’t come any cooler than she. 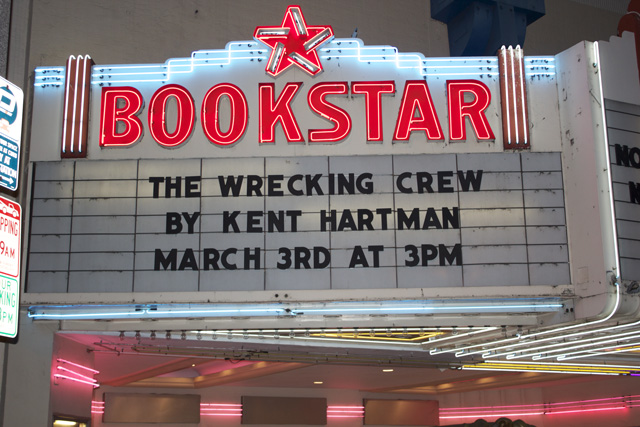 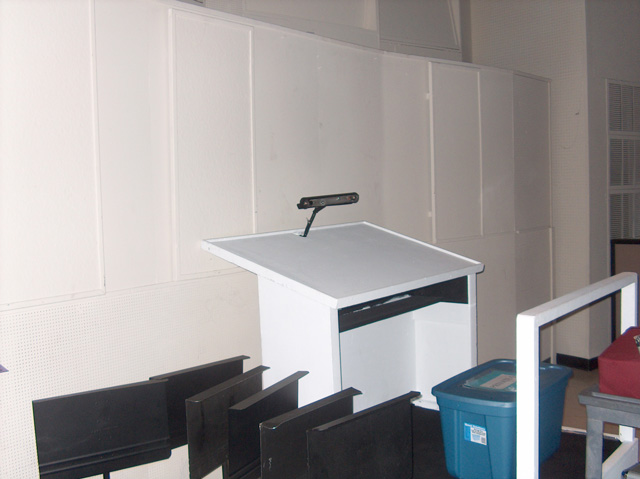 “Didn’t I go and spoil it all by saying…”

Yes, this is the very podium where Frank and Nancy Sinatra sang “Something Stupid” (In Studio A at United Recorders) in 1966.

And, yes, the Wrecking Crew did play all the music on the song. 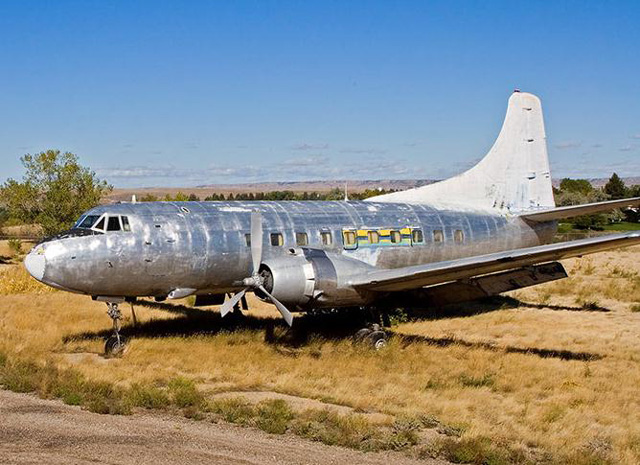 If you happen to have read chapter 5 of The Wrecking Crew, you may remember the guitarist Don Peake flying in to his almost certain demise with Ray Charles on this very plane.

END_OF_DOCUMENT_TOKEN_TO_BE_REPLACED

Here’s a fantastic, short video on Wrecking Crew bassist Carol Kaye, who was the only female in the whole bunch. END_OF_DOCUMENT_TOKEN_TO_BE_REPLACED