In an era today where hip-hop, country, and fluffy pop songs seem to dominate the media's attention, let's not forget that there are still millions out there who love their classic rock from the seventies and eighties. Maybe you're even one of them. If so, then Goodnight, L.A. is for you. It's the never-before-told, … END_OF_DOCUMENT_TOKEN_TO_BE_REPLACED

Wait, Wait, I Know That Voice…

Kent Hartman is busy writing his third book, as well as helping to create the upcoming TV/streaming series based on his first book (The Wrecking Crew) with a major Hollywood production company. 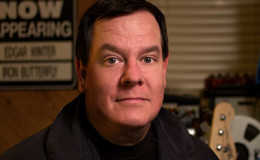